In our last article on health care education, we learned ab

Clinically all these viruses cause hepatitis and cannot be distinguished only by symptoms but by simple blood tests. Most of these lab tests are ELISA based.

* Chronic viral hepatitis may present differently depending on, whether liver cirrhosis and/or liver cancer is existing. Important manifestations are fatigue, weight loss, jaundice, swelling of legs and abdomen, anorexia, fever, arthritis, coma and gastro-intestinal bleeding. These patients, in addition, may present with symptoms related to kidney, joints or skin.

However, if diagnosed early by imaging modalities and blood tests, patients may be cured by liver surgery which includes liver transplantation. This facility is available across many hospitals in India as well all over the world.

Various Health's caring Prevention to save yourself from these Viruses:

1). General Prevention that we should take care: Simple measures like proper chlorination of water, boiling of water, replacing damaged or leaking sewerage pipes, ensuring safe and hygienic drinking water supply at all times can prevent infection.
2). Medical Treatment Prevention: The hepatitis A infection can also be prevented by hepatitis A vaccine. The first dose is followed by a second dose after six to 12 months. This is a safe vaccine and is highly effective, with protective antibodies being formed in over 95 per cent of vaccinated people. Combination of hepatitis A and B vaccine is also commercially available. Besides children, it is also recommended for:
Three doses—at day 0, one month and six months — are given intramuscularly, in the arm. Hepatitis E vaccine is safe in pregnancy. Its efficacy in preventing hepatitis E infection for the last three years has already been shown. This vaccine will especially be useful for patients with a pre-existing liver disease like cirrhosis, in which hepatitis E can cause a ACLF. Hepatitis E vaccine is still not available in India and most of the world.
3). Blood-borne hepatitis can be prevented by safe medical and surgical practices, by screening all blood donors for HBV, HCV and HIV, refusing blood donation from commercial/professional donors, using disposable and sterilised needles and syringes, avoiding recycling of needles, syringes and other medical equipment, avoiding sharing of needles/syringes among IVDU, taking proper precautions during haemodialysis, and vaccinating all pregnant women.
In fact, WHO recommends universal hepatitis B vaccination for everybody. If a family member tests positive for hepatitis B or C infection, following precautions should be observed:

Don’t be a blood donor.

Have a regular medical follow-up to ensure that the disease does not progress to cirrhosis and liver cancer.

As we all know that prevention and cure is the most important factor to get recover from your sickness. So dear reader Continue your visit with us on to the path of medical Health Education.

Hepatitis is a very serious condition, which may lead to liver cirrhosis, liver failure as well as liver cancer.

VIRAL hepatitis puts a tremendous burden on society. Chronic viral hepatitis, which can cause liver cirrhosis and /or live

r cancer, is fatal. Apart from the medical consequences, this also puts a huge economic burden by repeated hospitalisations and costly medical treatment. Acute viral hepatitis, apart from causing sporadic cases of jaundice, can cause epidemics affecting thousands of people. Rarely, a patient of acute viral hepatitis may die of liver failure.

Types of Virus: There are various types of viruses that cause hepatitis. These viruses are as follows Virus A, B, C, D & E. All these dangerous viruses can cause inflammation of the liver, which is medically called viral hepatitis.

The symptoms can include— loss of appetite, vomiting, fever, jaundice, joint and muscle pain, and weight loss are the major symptoms.

All these viruses can cause acute viral hepatitis. If the liver inflammation persists beyond six months, it is labelled as chronic hepatitis. Maximum mortality is caused by chronic hepatitis, which is a serious condition and which, over the decades, may lead to liver cirrhosis, liver failure, and liver cancer, thereby causing death.

Global mortality of hepatitis E is over 300,000 annually. Globally, there are an estimated 1.5 million hepatitis infection cases annually.

Water-borne and blood-borne viruses
Hepatitis A and E are waterborne and are frequently seen in poor sanitary conditions. These are spread mostly by drinking faecal contaminated water and/ or food. These are the most common causes of acute viral hepatitis in the Asia-Pacific region and may also cause epidemics when thousands of people are affected by the outbreak of jaundice.

These do not cause chronic hepatitis. Most of the mortality caused by hepatitis A is due to the rare event of acute liver failure, which may be seen in one in 1,000 children, and up to two per 100 adults.

Both these viruses have a devastating effect if a person has pre-existing liver disease, a condition called acute-on-chronic liver failure (ACLF), which has a high morbidity and mortality.
Hepatitis B, C and D are blood borne and are spread by transfusion of infected blood, infected needles and /or syringes, infected haemodialysis equipment, sharing of infected needle and/ or syringe among intra-venous drug users (IVDU), occupational hazards by needle-prick injury, promiscuous sexual behaviour etc.

These modes of transmission are called horizontal transmission. Particularly in hepatitis B infection, mother passes on the infection to the new born. This is called vertical transmission and a common mode of infection in Asian countries. Delta virus is a defective virus, which can only infect people who are already infected with hepatitis B.

In the Next article of Medical Health care we will post Various Health tips on Prevention of Water Borne Viruses and The Diagnosis of Hepatitis Viral Infection. So we with us on Health care Education.
Now you can visit here for our next health care article on  Diagnosis and Prevention of Viral Hepatitis
HEALTH CARE HEALTH EDUCATION heath tips hepatitis Hepatitis B MEDICAL HEALTH viral hepatitis

Our Previous article was on Introduction to Hepatitis B v

Modes of infection: There are following mode through which this infection can spread: 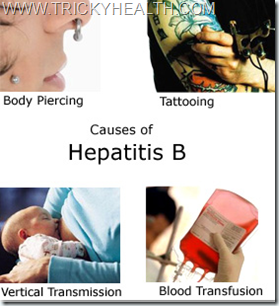 3). Transfusion of infected blood to a healthy person.

4). Infection may also spread from mother to baby at birth.

5). Sharing a razor or toothbrush with a hepatitis-infected person also lead to the infection.

6). Getting body piercing or tattoo done with infected tools, and using needles that have already been used by a hepatitis-positive individual (such as for therapeutic injections or taking drugs) spread the infection.


❚To avoid contracting or spreading the Hepatitis virus:
❚Never share needles
❚Do not share toothbrushes or razors
❚Do not get a tattoo or piercing done with tools that are not sterilised
❚Be vigilant about the use of fresh syringe and needles by the health care providers in all settings
❚Always use a condom during sex


❚Never forget to wear latex or plastic gloves (handbags) to avoid direct contact with blood of infected patients
❚Do not use the same syringe to medicate more than one patient.
❚Never recap needles
❚Do not access the bag with a syringe that has already been used to flush a patient’s IV or catheter
❚Do not use a shared medication vial with a used syringe to medicate another patient
❚Ensure that you and your staff are immunized against Hepatitis B
❚In case of accidental needle stick injury follow NACO guidelines on post exposure prophylaxis within 72 hours

Awareness is the most important thing to cure yourself from these type of dangerous viruses. That’s why we are here to provide you medical health education and health caring tips on various topics. So be aware about these health tips and live a health and fit life ahead.
HEALTH CARE HEALTH EDUCATION hepatitis Hepatitis B MEDICAL HEALTH viral hepatitis

HEALTH EDUCATION ON DEADLY KILLER HEPATITIS-B VIRUS ALONG WITH SYMPTOMS

The hepatitis B virus, 50 to 100 times more infectious than HIV, kills over 6 lakh people every year worldwide. The incidence among the Indian population may be about 2-5 percent, according to WHO. Creating awareness against the deadly virus is the only solution.

MEDICAL HEALTH EDUCATION ON HEPATITIS VIRUS
Introduction: LIVER diseases do not get as much media space as cancer and heart ailments, but they are equally menacing and deadly. The most important of these is hepatitis, an inflammation of the liver, which is caused by a viral infection.

Hepatitis is of five types: A, B, C, D and E. While hepatitis A and E are caused by the consumption of contaminated food and water, hepatitis B, C and D most commonly occur due to contact with infected body fluids like blood and semen, and contaminated injections.

Hepatitis B and C can lead to chronic (long-term) diseases such as liver cancer and liver cirrhosis. Liver cancer is almost always fatal, with most patients in developing countries dying within a few months of diagnosis. Liver cirrhosis patients are sometimes given liver transplants, with mixed success. 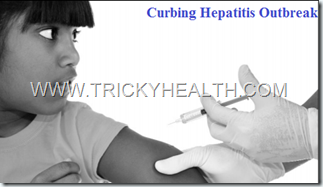 The deadly killer
Hepatitis B is the most dangerous type of viral hepatitis. About 2 billion people are estimated to be infected with it. The incidence among the Indian population may be about 2-5 per cent, according to WHO. When infected with hepatitis B virus, about 80 per cent of the people do not show any symptoms during the short term (acute) phase. Since they remain unaware of the ailment, it is easy for them to transmit the virus to others. So be aware of it to make your and other life healthy and fit.


Sign And Symptoms:
The symptoms, if these occur, include jaundice, dark urine, vomiting and stomach pain.

Treatment: There is no specific treatment for acute hepatitis B and most patients recover after a few weeks without any medication. Sometimes, the hepatitis B virus may reside in a patient’s body for years (chronic phase) and damage the liver by causing serious life-threatening diseases. Blood tests can diagnose people with hepatitis B and distinguish between acute and chronic infections. Age is an important factor in determining if hepatitis B will remain acute (run for a few weeks) or turn chronic (life-long). The lower the age of a person getting infected with hepatitis B, the higher are the chances of the infection turning chronic. Young children infected with hepatitis B are the most likely to develop chronic infection. About one-fourth of adults, who get chronically infected during childhood, succumb to liver cancer or cirrhosis later. That is why it is extremely important to protect children from hepatitis B infection. This can be done through vaccination.
About 15 crore people in the world are infected with Hepatitis C, around 3.5 lakh of whom die every year to complications related to the virus, according to WHO.


Unfortunately at this time there is no preventive vaccine for hepatitis C currently available. It is curable using anti-viral drugs but the treatment is very expensive, much beyond the capacity of most patients in developing countries. So awareness with your Health and Fitness can save you from such viruses