The plant is found abundantly in India. It was taken to distant lands by the travelers who visited India in time. In Hawaii it is used as ‘Olena’, while in Europe it is used as a substitute for saffron because of the similar qualities to the latter. In various parts of Europe and America, it is known as ‘the spice’, because of its abundant use in Indian cuisine.

BRIEF DESCRIPTION ABOUT THE HERB
Curcuma is an annual herb with a large and ovoid root stock, thick and cylindrical tubers which are bright yellow inside. Its leaves have a long petiole, are oblong and narrow at the base.
Flowers have pale green bracts. They are as long as the bracts and are pale green as well. Rainy season is the flowering season. The plant is cultivated throughout the Indian subcontinent. 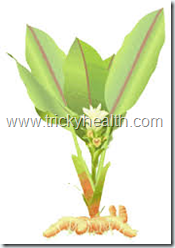 REFERENCE IN VARIOUS AYURVEDIC TEXTS
SYNONYMS Name – Haridra, Pita, Kanchani, It is exclusively described in Ayurveda texts.
CHARAKA categorized it into anti-helminthic drugs (krimighna), that which reduces itching( kandughna), that which does scrapping and cleaning of dead tissues (lekhaniya).
SUSHRUTA called it slesmasamsamana. It has also mentioned curcuma for the treatment of prameha (infilteration defects of the urinary system).
External application as ubtan (herbal paste to render a glowing and healthy skin). Also mentioned as an antidote of snake venom.

Properties of Turmeric Herb Which makes it as a Miracle Natural drug:
Turmeric is widely known for its anti-bacterial, anti-parasitic, anti-viral, anti-fungal and anthelminthic properties. It is also used as an immunity enhancer. It is said that turmeric lowers the risk of atherosclerosis, also it is supposed to slow the signs of ageing.

Now let’s have a look at the properties responsible for these actions of turmeric, and believe me, there is a reason why turmeric is considered a miracle drug.

1. Act As an Antioxidant- Curcumin and Curcuminoids are primarily responsible for the drug’s anti-oxidant and immunity enhancing properties. They scavenge OH¯ free radical, which is considered the most potent free radical in the system. Free radicals are chiefly responsible for causing tissue toxicity and causing the process of ageing. Thus their removal slows down ageing.
It also improves the memory.

2. Anti-cancerous- Curcumin slows the growth of various kinds of tumours. It is given with certain drugs in chemotherapy due to its anti-cancerous properties.

3. Anti-coagulant- It also has anti-coagulant property,thus it keeps blood thin.
This in turn keeps the risks of various cardiovascular diseases at bay. The risk of atherosclerosis and clumping within blood vessels is also lowered.

5. Aids in digestion- Curcumin lowers the risk of gall stone formation. It is extremely beneficial for the digestive system and liver.

6. For local application- Because of its antiseptic and anti-microbial actions it works as a miracle drug for the skin. It can heal wounds, scars, lesions etc. It improves the complexion and texture of the skin. It is also used in various formulations which are used to treat acne and pimples. It is locally applied to treat burns and cuts. Therefore it is also known as ‘The kitchen drug’. Turmeric is anti-inflammatory in nature. Therefore it can be applied on swellings, sprains etc.

7. Anti-microbial action on food- Turmeric kills the bacteria present in vegetables, during cooking.

A regular intake of turmeric in food and milk boosts the immunity of the body. It makes the skeletal system, digestive system, cardiovascular system healthy.

It is an excellent treatment for various skin ailments, and while doing so it also makes the skin radiant and healthy.

A pinch of turmeric powder in a glass of warm milk before going to bed at night can work wonders for you and for your pocket too( it can keep the doctors away).

So, bow down to this Golden Fleece and forget the doctors. Instead of the costly medical treatment try these natural products and herbs which are very beneficial to you and your family. Say yes to Natural products and these Natural herbs will protect you.

Stay Healthy with The Uses of Natural Herbs instead of Medical Treatment.